Tyler Courtney comes off of a successful two-year run with TOPP Motorsports which the teamed up for six USAC National Sprint Car wins. This past season, Clauson-Marshall Racing was home Courtney’s first three USAC National Midget victories. CMR’s home is where Courtney’s heart lies in the Sprint Car as well.

“Its an opportunity I couldn’t pass up with the people who are going to be involved,” Courtney stated. “I talked to a lot of people they told me to go with my heart, my heart is staying right here with Clauson/Marshall/Newman Racing.”

The owner of CMR, Tim Clauson stated “Ever since Bryan and I won the 2012 USAC National Sprint Title, I have had the passion to get back to chasing another title.” Ryan Newman made a statement to all the USAC Sprint teams telling them “Bring It On”! Clauson/Marshall/Newman will make their debut February 15-16-17 with “Winter Dirt Games” at Bubba Raceway Park in Ocala, Florida with USAC Amsoil National Sprint Car trail. 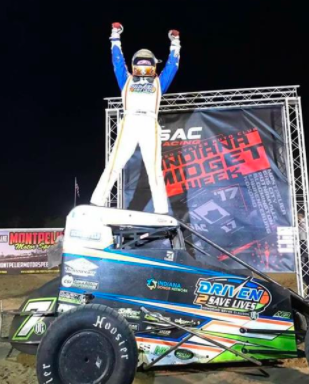